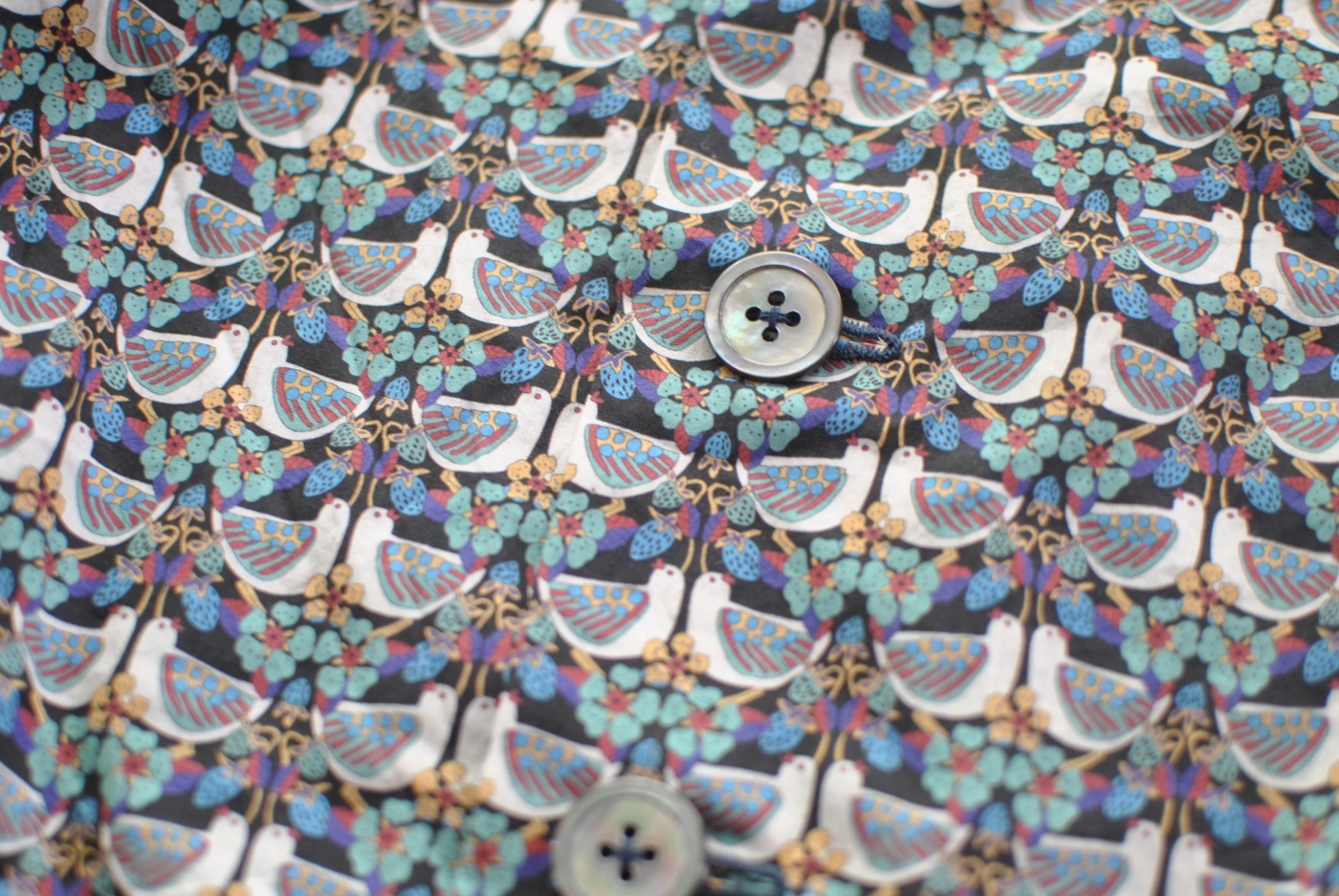 Last summer, I picked up a length of this Liberty Tana Lawn Strawberry Feast print, an aptly named riff on their classic Strawberry Thief. From the get-go I knew I wanted to make it up in something simple and sweet that would showcase the print like the Colette Sencha blouse.

I’ve made the Sencha up once before in a silk and really liked the fit, though as I went through the construction process this time I was reminded that some construction details are a little odd. Still, it’s just the right mix of vintage and modern and, as I hoped, it shows of the print splendidly. 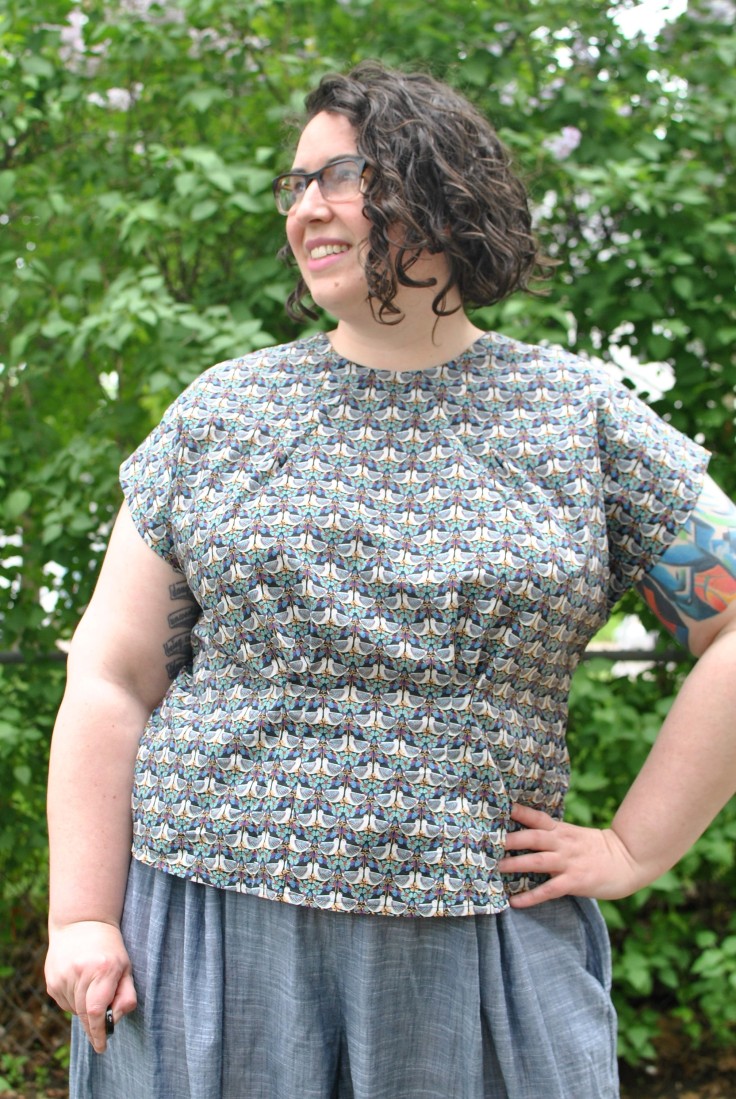 I cut a straight size 18; it’s their old block which tended to fit me decently well straight out of the package. For a more streamlined fit through the shoulders and arms, I could have cut a smaller size and done an FBA, but given the cut-on sleeve style I don’t mind a little volume on the upper part. 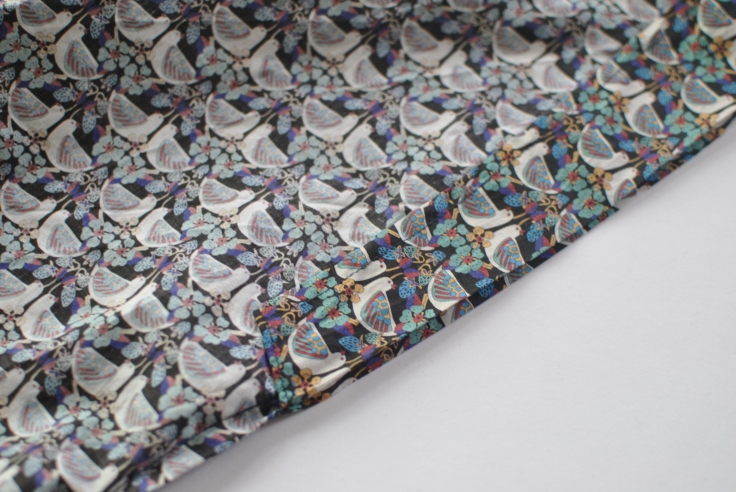 I wanted a nice clean finish on the inside, so I went with French seams. Finishing them this way made the inner sleeve construction, in which the seam should be pressed open and the sleeve hem pressed to the inside and handstitched, a little tedious. The Sencha instructions don’t say anything about how the edges should be finished, which seems a big oversight to me, particularly with a garment likely to be made up in delicate — and fray-prone — fabrics. 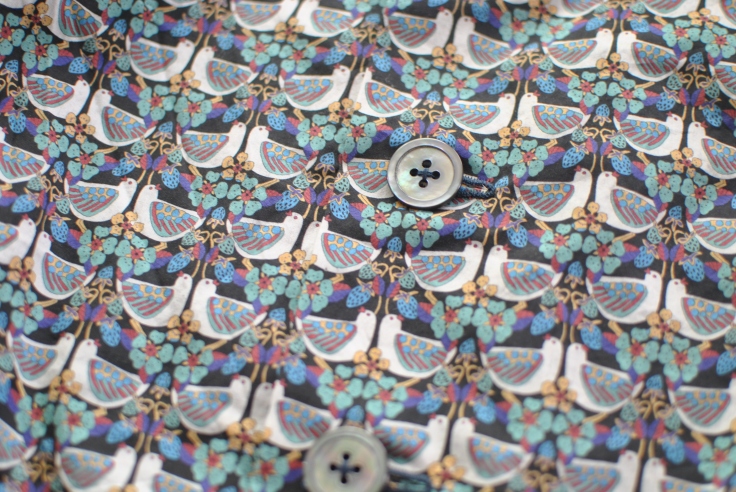 I used these lovely vintage mother-of-pearl buttons I’d picked up in a Textile Center Garage Sale a few years back. It was serendipitous — they were just the right size, number, and color to go with it! I placed them according to the placement guide on the pattern, which ends oddly high. On me, this means the bottom tends to spread out. It’s not a deal breaker, as I’ll wear it with high-waisted things anyway due to the vintage style, but is something to take note of if you’re full-hipped. 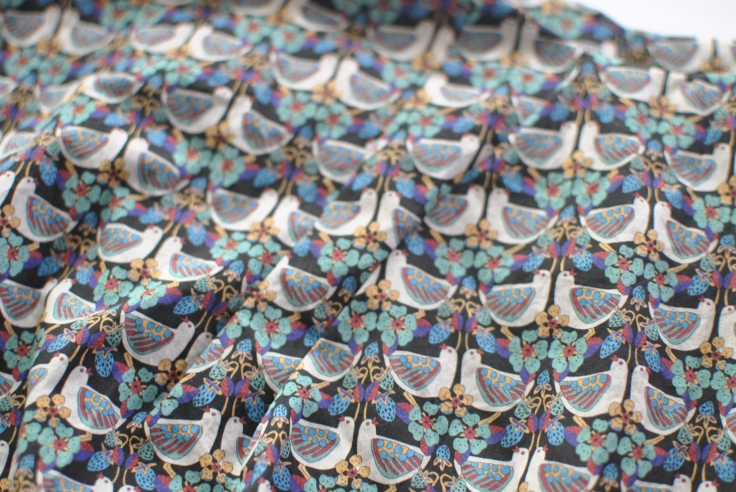 The shaping throughout comes from tucks, rather than darts, which gives it an unusual and vintage flair. They’d quite tedious to mark — ten in all for this version! — but give such a nice, subtle volume.

I love pairing it with my wide-legged Winslow culottes for an updated version of the Arts & Crafts movement dress reform influences, which emphasized looser, less restrictive garments for women at the end of the 19th century — often using Liberty and Morris prints like this!